Discussion forum for Tokai and other Japanese brand guitars.
https://www.tokaiforum.com/

by TheGoat
Hi all. Picked up my first Tokais. An ‘84 Goldstar Sound ST50 candy red ‘56 type E pickups Kluson style tuners and this black beauty. I am blown away by the quality of these guitars. I have a light relic fender custom shop and this ‘66 is on par. The finish is light, don’t know if it’s poly or nitro, the grain is visable. I don’t see any seems in the body wood. Check out the wiring and tie wrap on the pickups. Any ideas on the year. Thanks. 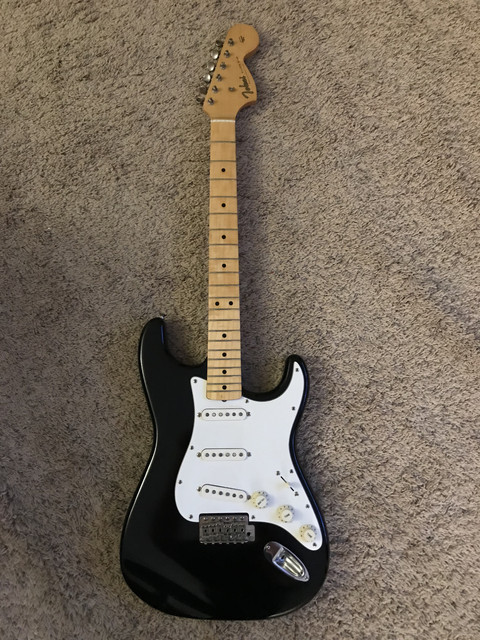 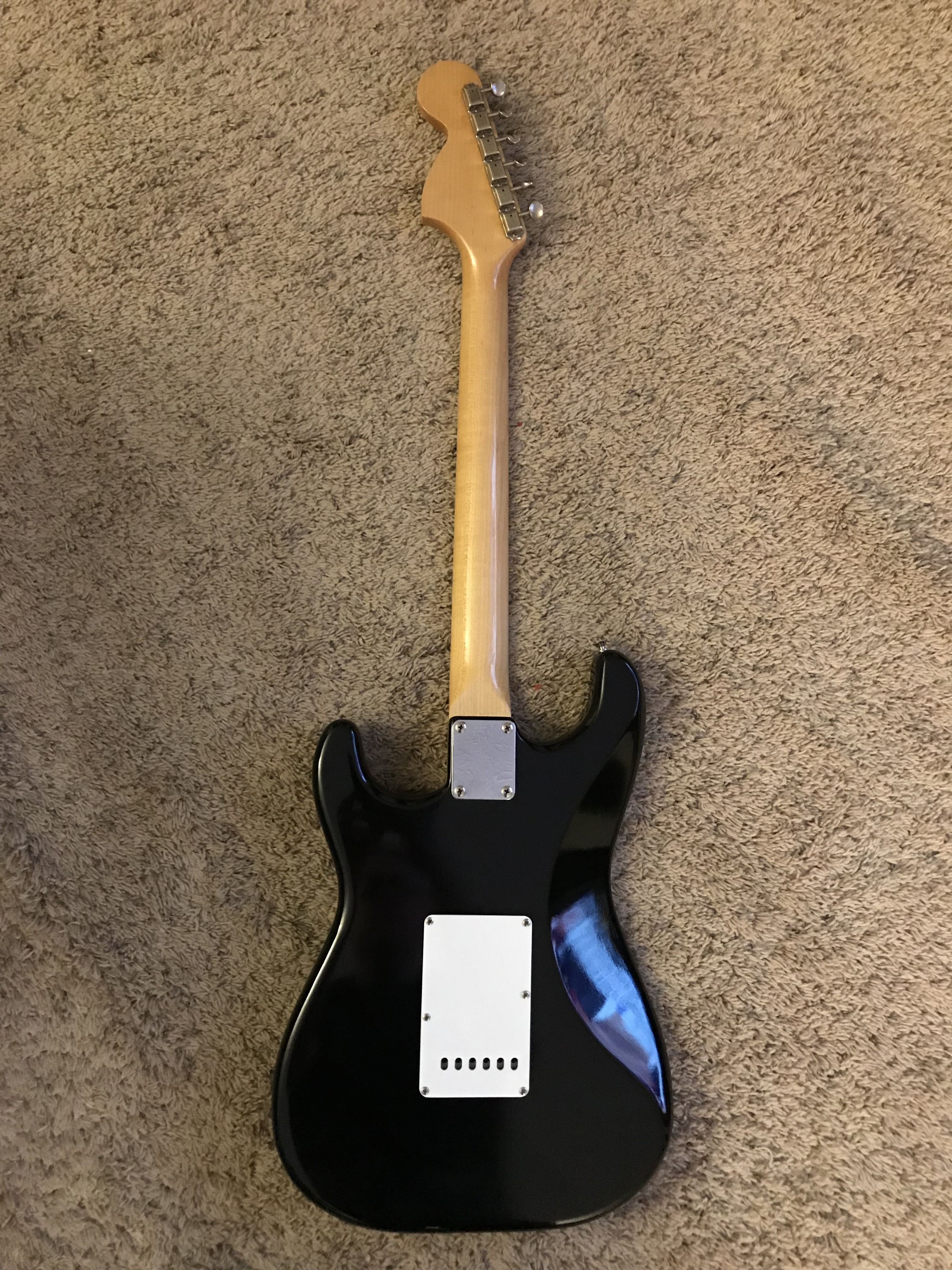 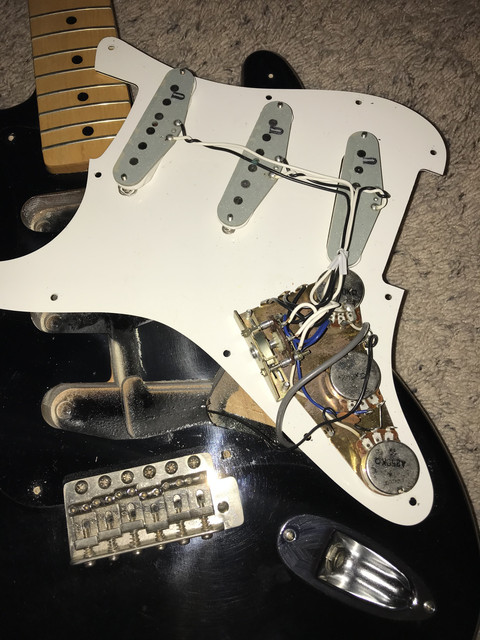 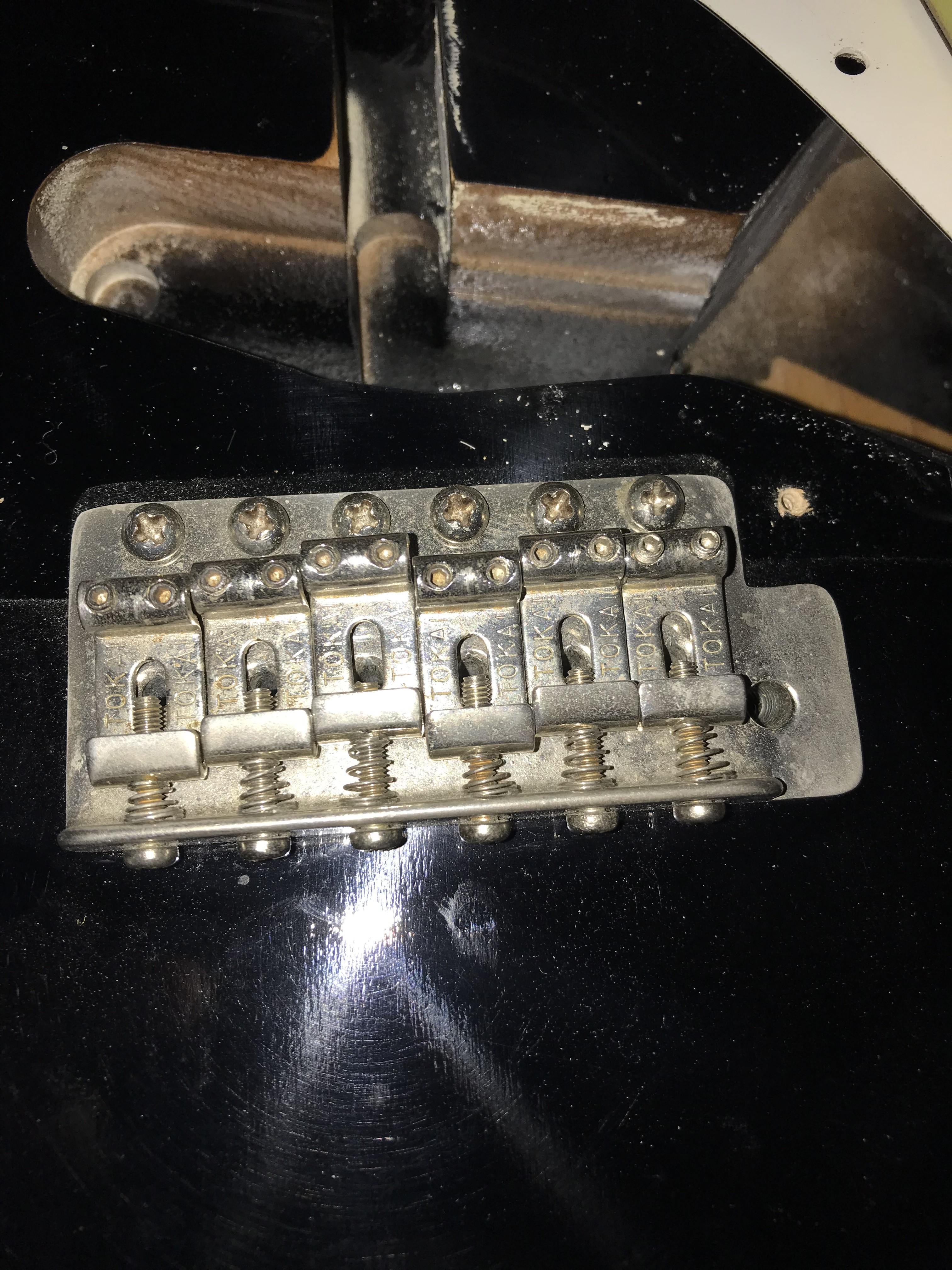 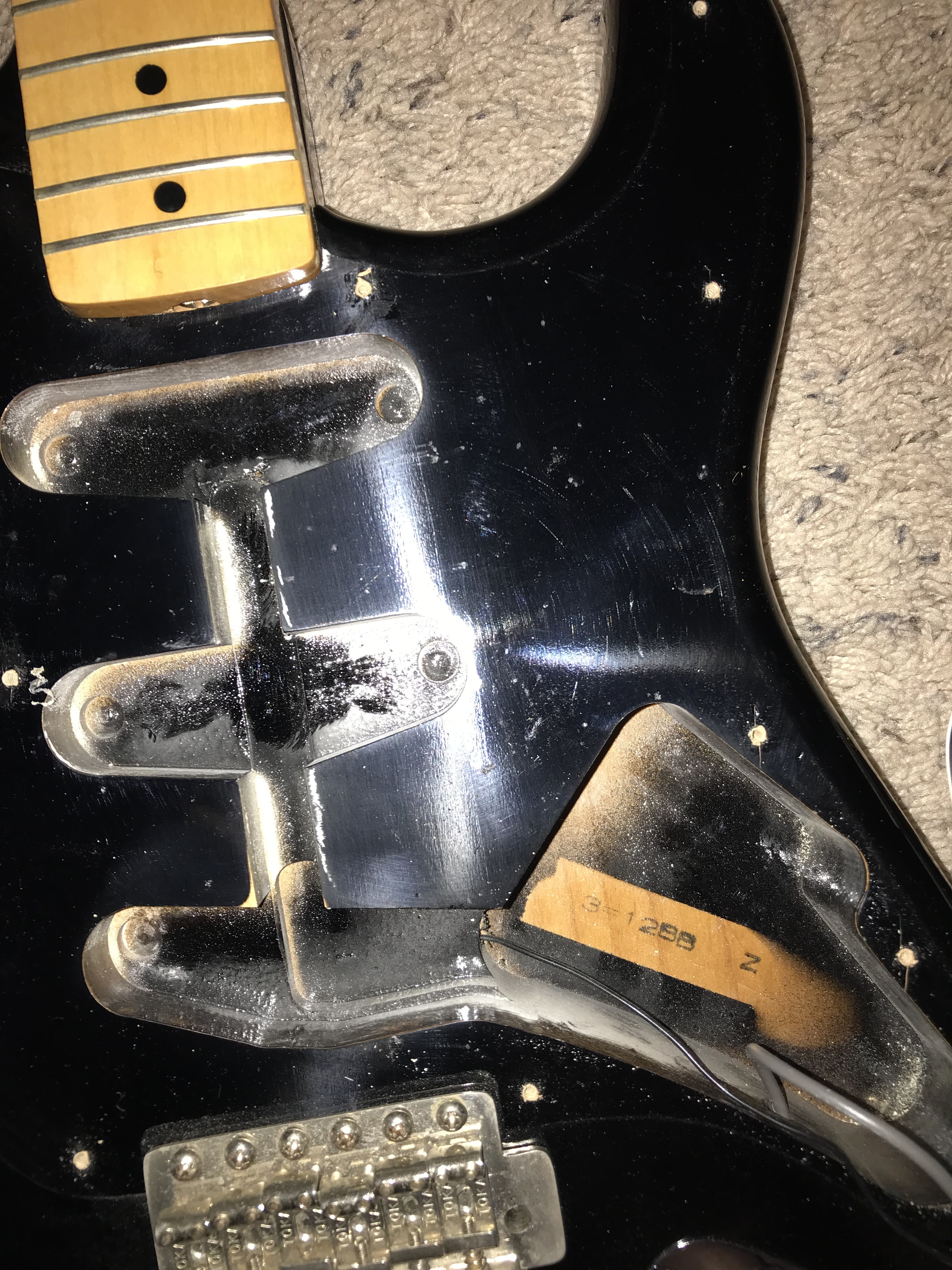 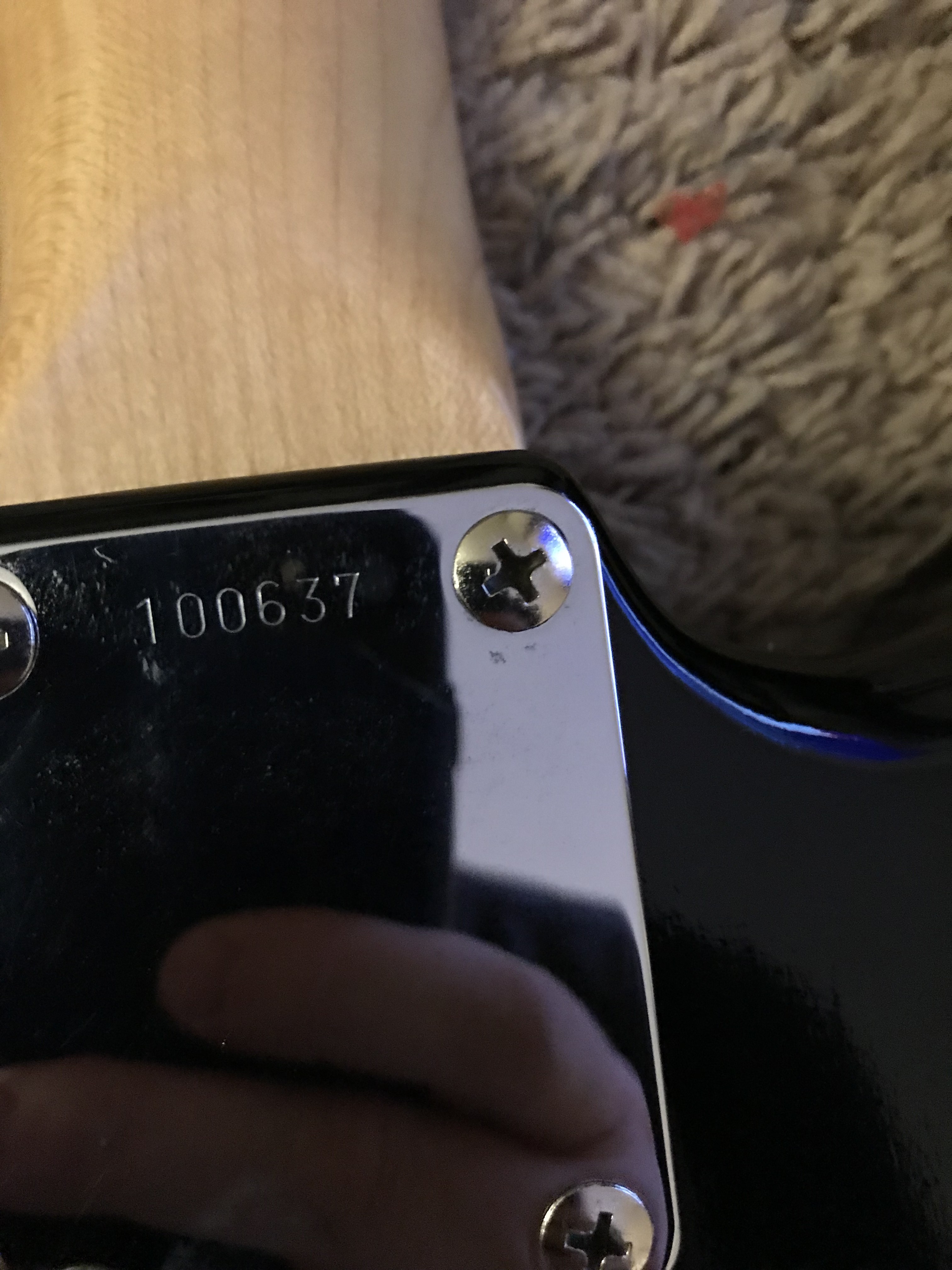 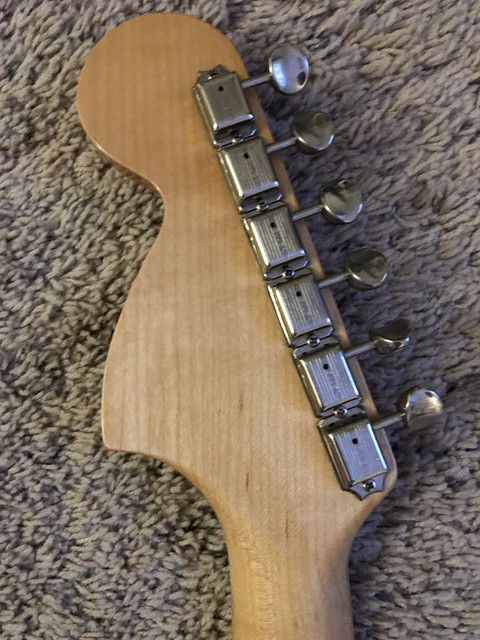 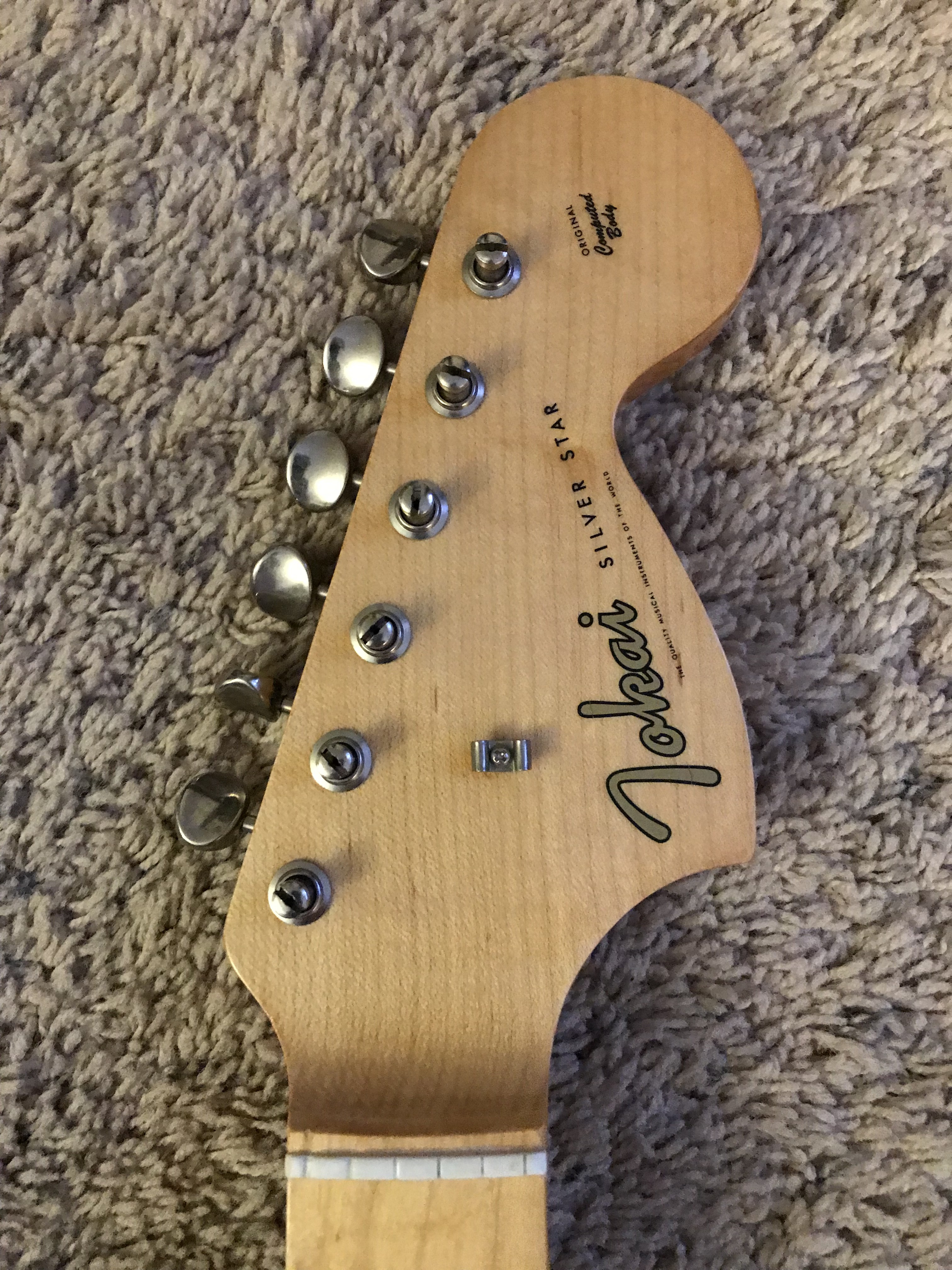 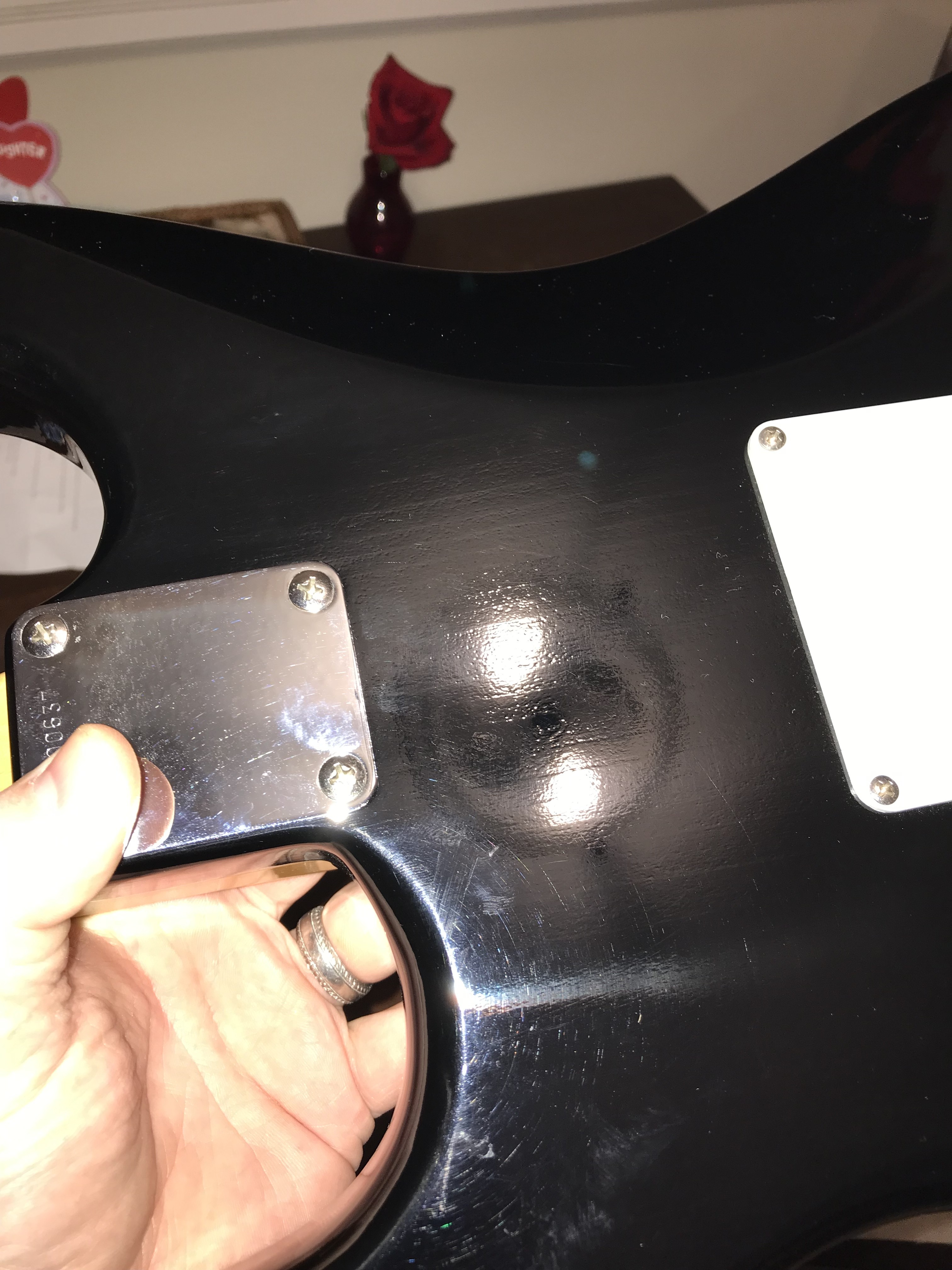 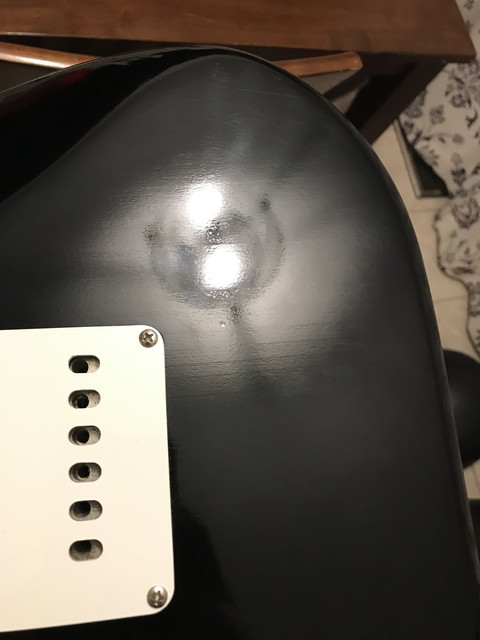 by Peter Mac
it would be 1982, March production.
by TheGoat
Thanks. Is that from the cavity numbers? Also do you know what finish was on these models. Thanks. I have looked and I haven’t been able to find much info on this one.
by Peter Mac
Hi 'Goat'

So the spec for this model was an Alder body with poly finish. It was essentially a SpringySound in terms of body, routing,
electronics, hardware and finish but had a one-off style neck - Springy with a large headstock and laminated fingerboard. Add to that the 1966-style Fender serial number (6 digits) and I hope you are getting the picture.
It had a run of only 4 years making it the rarest of SilverStar models.
I have only ever seen them in 3 colours - Black, Olympic White and 3T Sunburst.

No, the 4-bolt SS-60 was made through to 1985 when it ceased production. 1982 was the only Year the SS-60 4-bolt had the spaghetti logo. Later Years have the script logo.
That's what makes it so rare.

Peter mac
by TheGoat
Thanks for sharing your knowledge on the subject.

I can’t believe I waited so long to pick one up. Great guitars!!
All times are UTC-06:00
Page 1 of 1
Powered by phpBB® Forum Software © phpBB Limited
https://www.phpbb.com/