Discussion area for other MIJ Guitars

I have been tryin to identify this one. It has no decals but there are several clues that hint this might be a Tokai, but I could be wrong though. Kindly chime in if youve got some info on it.

The tuners have the single line "DELUXE" stamped on the back and the dome-ish top on the shafts, identical to the Tokais:

"Deluxe" stamped on the back of the tuners 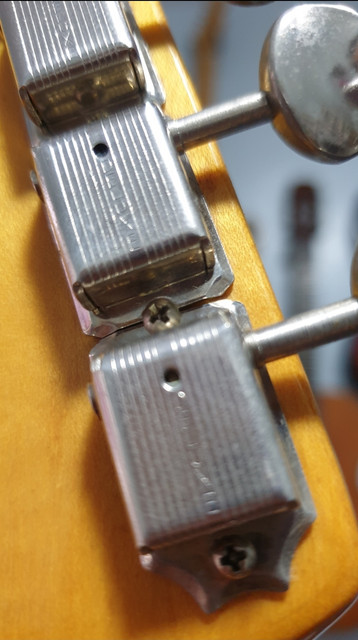 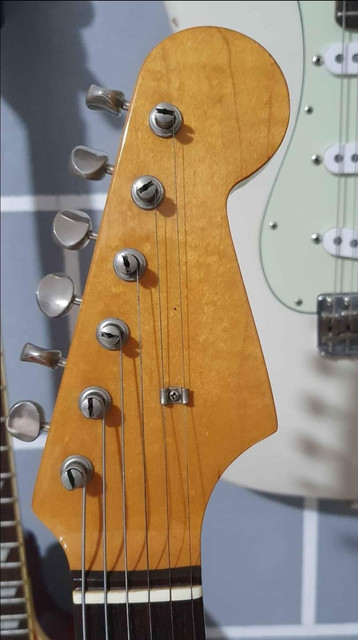 The knobs are the small font type, also identical to Tokais: 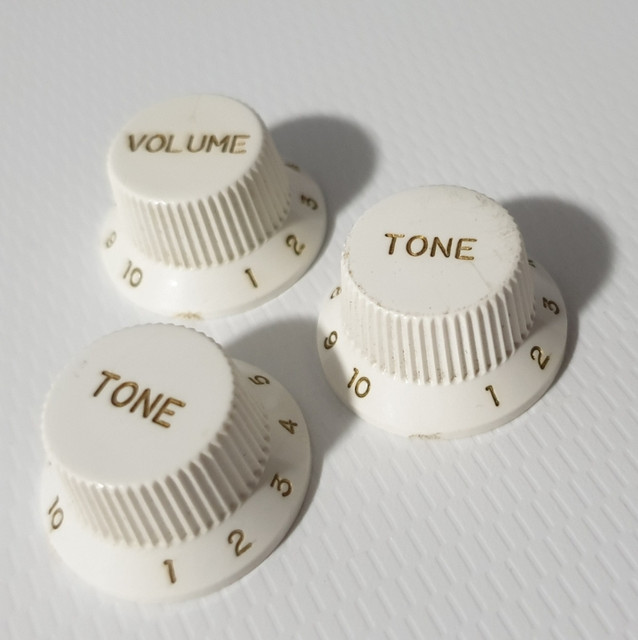 I know the DM-50 and DM-30 are Gotoh Japan commonly used on MIJ guitars but ive never encountered this DM-50 "3" until.now. 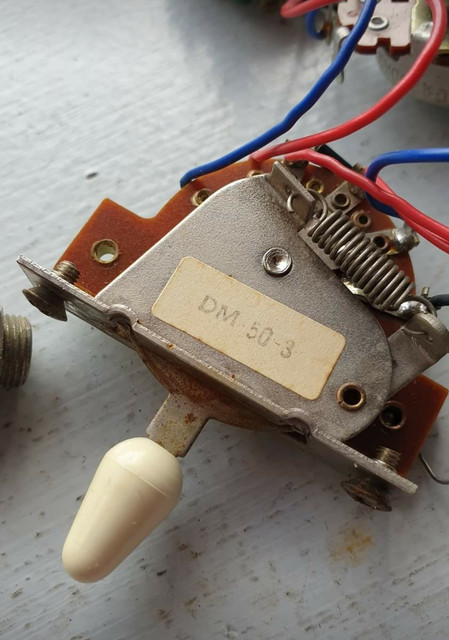 I couldnt find anything online, except a comment on a forum saying he had a switch exactly like that on his Tokai:

It has the undeniably Japanese Green "Chicklet" capacitor and Noble pots, which Ive later found out were Japanese too. 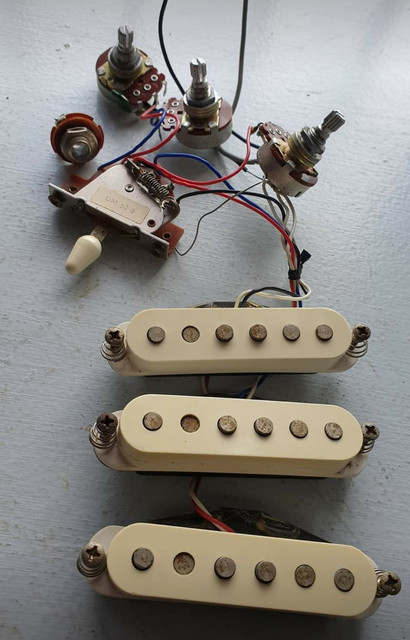 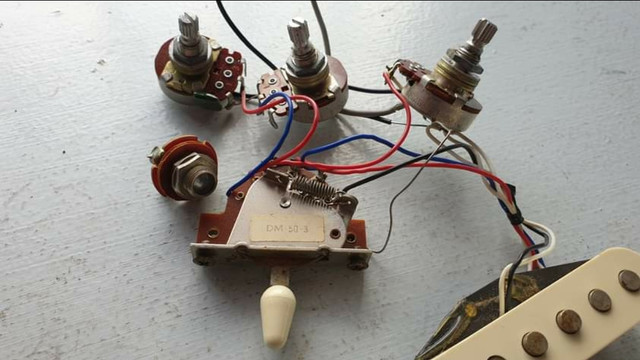 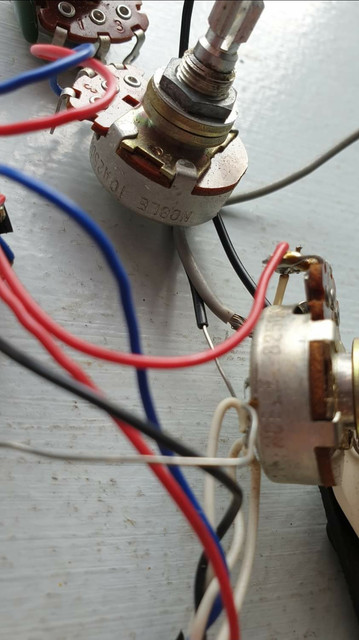 The pickups are ceramic although surprisingly good sounding. I could not see a sample of a Tokai with same-color wires. 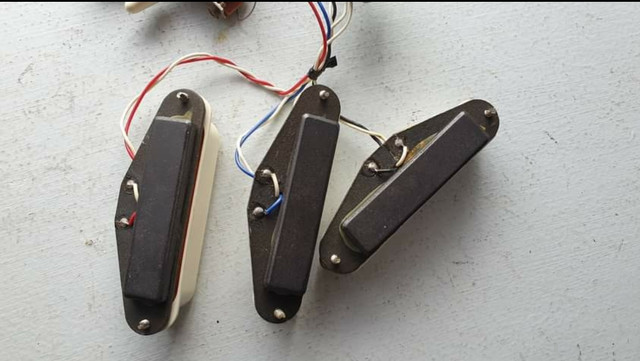 The saddles are unmarked. I could give it a benefit of the doubt that they might have been replaced, like most old strats have. But feels like the current saddles and bridge have come together.

Bridge is a two-piece assembly, with the Full-size ZINC block removable from the plate (unlike the early cheap bridge assemblies where they are one piece). 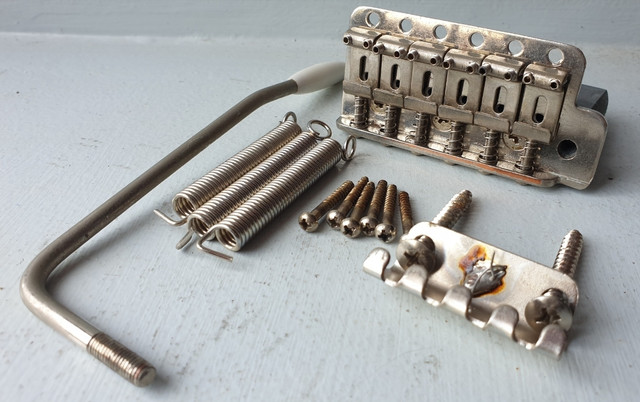 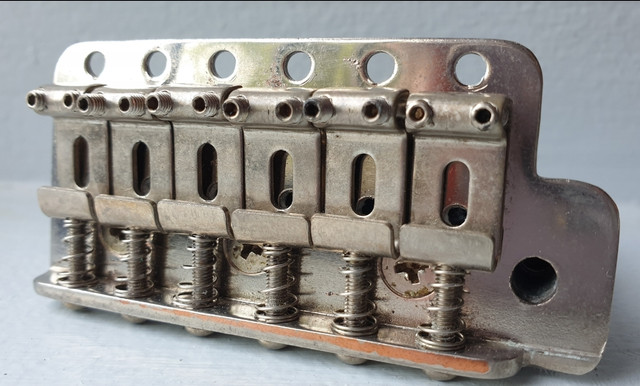 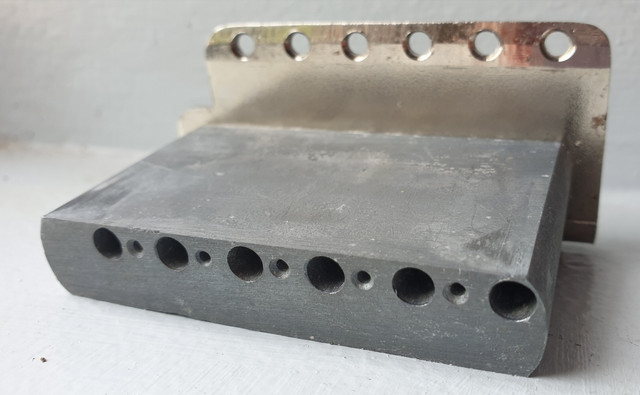 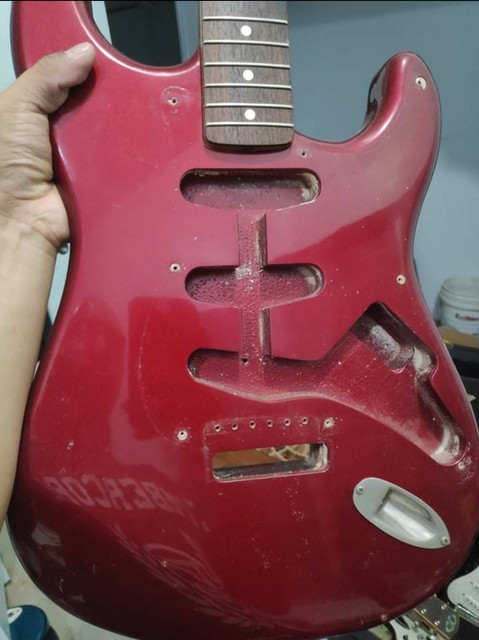 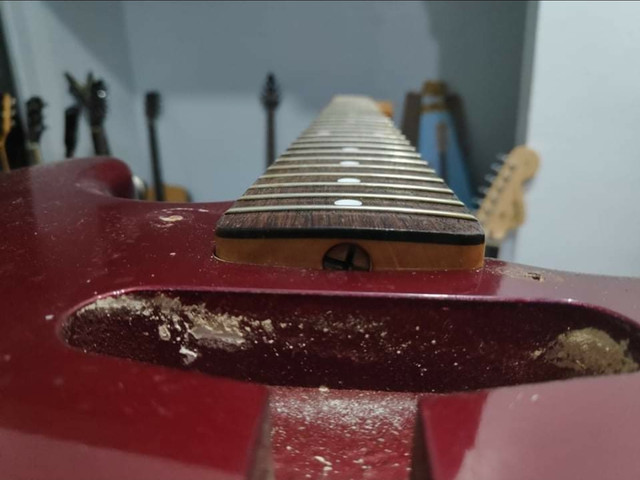 It does not have a serial on the neck plate 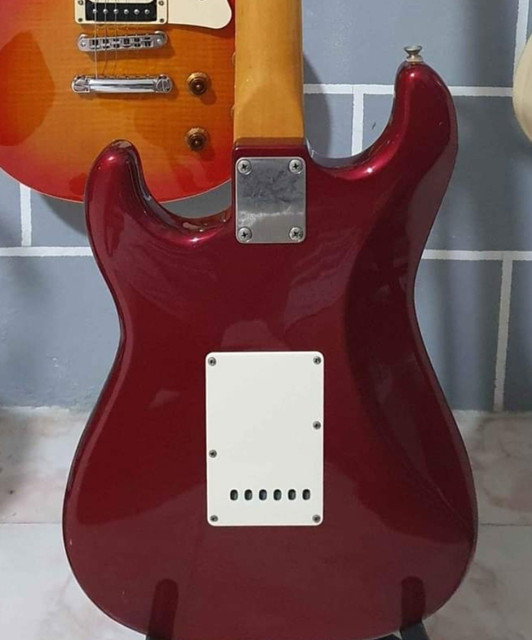 Re: Help in Identifying this Guitar

It appears that Fernandes Revivals used the SAME tuners. 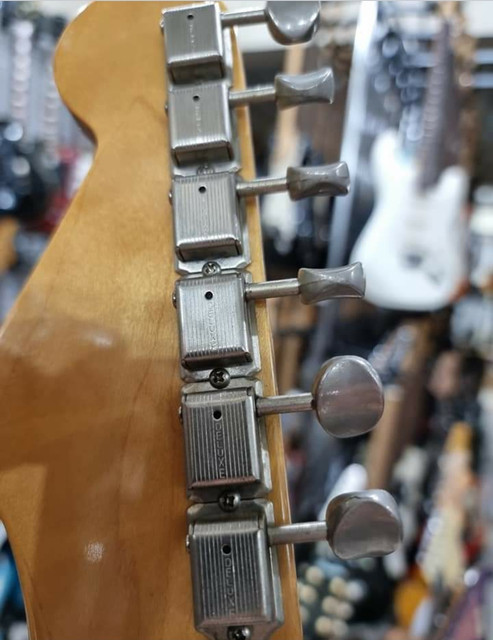 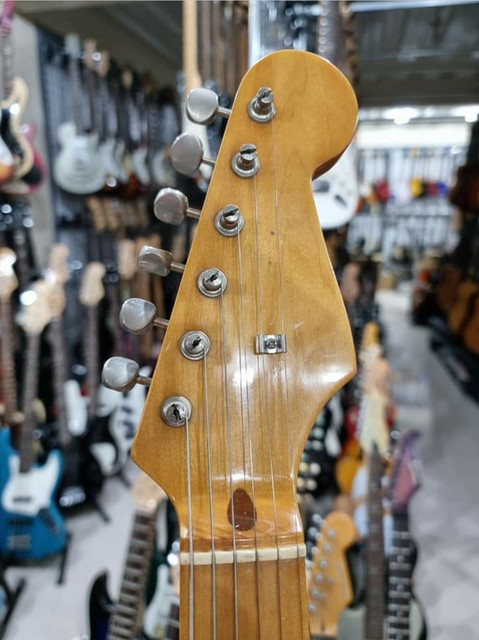 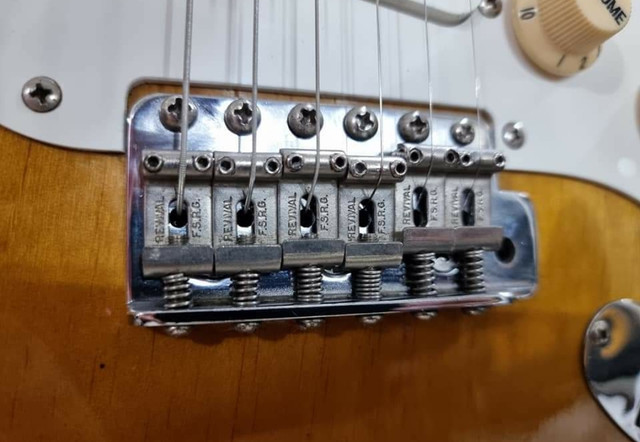 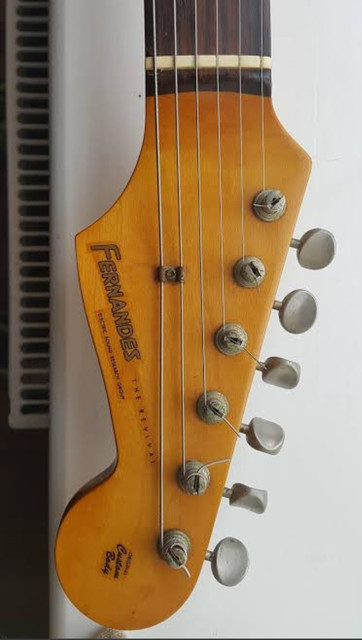 Re: Help in Identifying this Guitar

The concave curve after the nut and before the tuners is a Tokai signature. I'm not sure if others used it but it's not common.

So you figured it out? Fresher Straighter?

The title of this thread changed so am assuming you did.