I don?t do too many NGDs anymore as a lot of guitars don?t stay with me too long but I thought I would throw this one up here as it a fairly rare bird and this is the ?Tokai Forum?. I recently found this LS-150 here in Tokyo in a store nearby called Nico Nico guitars. The store deals mostly in recent and vintage Gibsons , Fenders and other US-guitars but has a fair number of Japanese guitars coming in from time to time. I had a chance to play it the same day but waited about a week before they were able to give me a price. Thankfully the price was reasonable considering the good condition. Everything is original and there are only really 2 small chips in the lacquer. The finish is quite thin and I have seen these referred to as having cashew lacquer. There is some checking on the back but not the front.

The guitar weighs 4.07 kg and the neck is a thick 58 style. The store guys were telling me that it was a ?kamaboko? profile which refers to Japanese fish-cake on the left in the picture below. 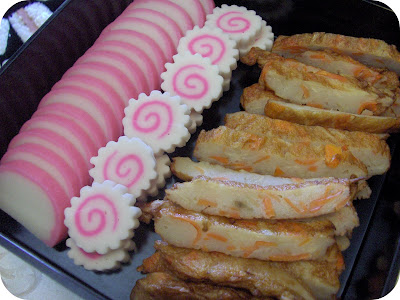 I haven?t played too many old Tokai LPs so can?t really compare but this one definitely has a handmade feel to it. One thing I noticed is that the neck is not perfectly smooth on the back and there is a bit more relief on the bass side of the neck compared to the treble.

As for sound and playability it has good resonance and sustain and no buzzing at a medium action. I am not too thrilled with the SD super distortion in the bridge. It does what it is supposed to do I guess but compared to some nicer pickups like the WIZZ PAFs or some Seth Lovers I am not too much a fan.

In any case, here are some pictures: That is a beauty!
Top

Stunning guitar Harold, congrats.
Understand how you feel about the SDs btw, hard choice here, leave it original or put some nice boutique pups in.
Top

Thanks, the only problem getting this is I have to decide which guitars I need to sell now to pay for it!
Top

Is it correct that ls150's and 200's came with custom ordered pickups?
Are they both DiMarzio's?

hunter wrote:Is it correct that ls150's and 200's came with custom ordered pickups?
Are they both DiMarzio's?

Is that "S.D" as in Seymour Duncan, or Dimarzio Super Distortion?

The bridge is a Super Distortion and the neck is a Dimarzio PAF. I think the bridge is OK for a compressed higher gain sound but I think I will put something with lower output in there.
Top

Question...have you seen the LSL or Big Tex models down there in Tokyo...look like they have the same headstocks that the current Tokai F/USA clones have? Wonder if they make those too. Saw them in the local Shimamura today.
Top
Post Reply
22 posts