I've decided to join up here to see if I can find some information on a Tokai I've owned for quite a while. It was advertised as a PR100, and the guy said it was about twelve years old (in 2013 - so I imagine that means it's from 2000 or 2001). I can't find it, or anything like it, in the catalogs on this site!

There's a stamp on the headstock saying Made in Japan, but I can't find a serial number anywhere on it. It has the strange headstock they used on MIJ models though. I assume the pickups are replacements - they are a DiMarzio Super Distortion and PAF Pro, or so I was told.

It's obviously quite a high-end guitar, it feels very solid and well-made, and plays and sounds great. It has been one of my main guitars since I got it in 2013, although since getting a Blackmachine B6 a couple of months ago it's not been played so much - I'm thinking about a pickup change now. I was going to sell it but I've had a change of heart, because it has a lot of sentimental value for me now and I don't know if I'd ever be able to find another one if I sold it, especially not in the UK. 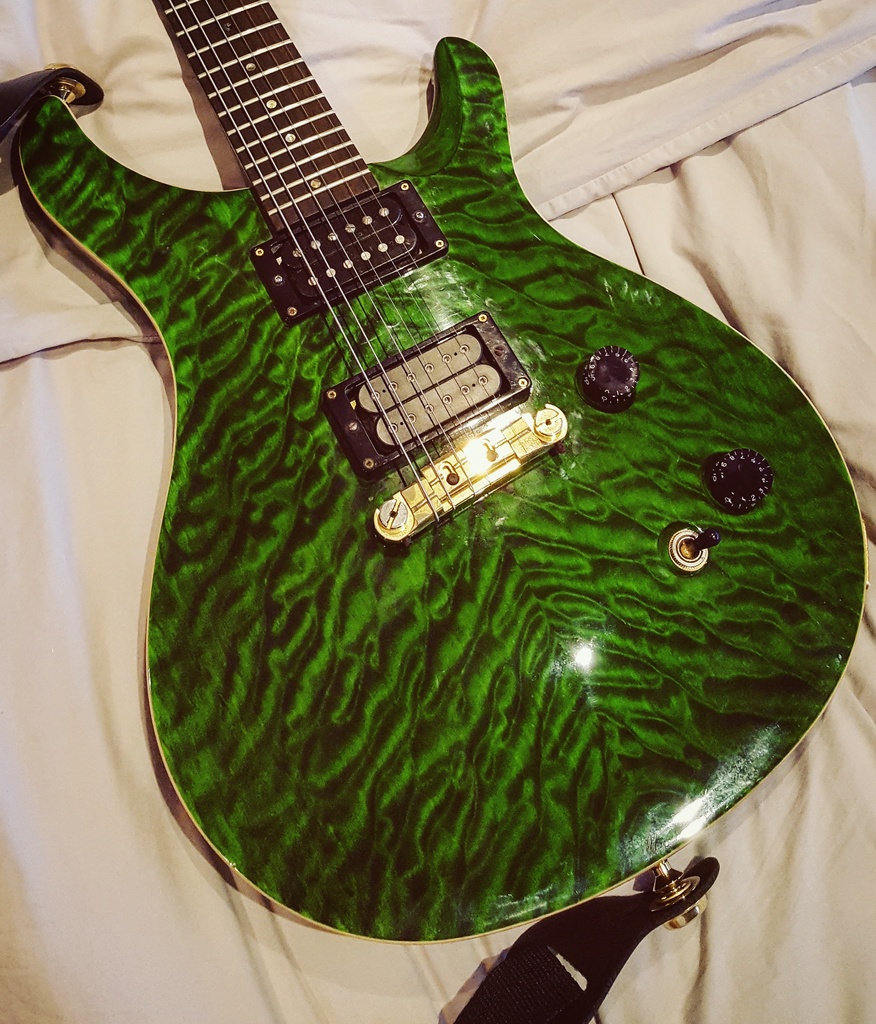 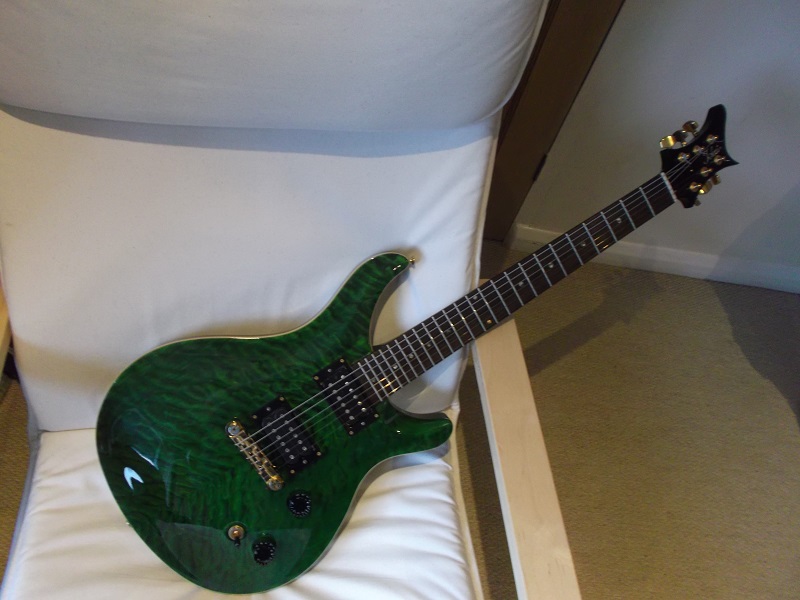 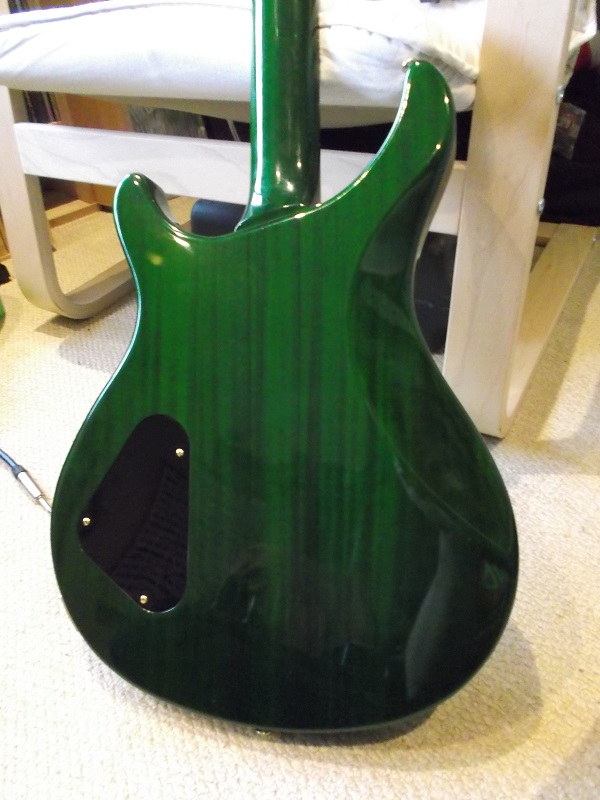 So, after owning it for several years and not knowing much about it, I'd like to see if people on here might be able to help me! Even when I Google it, I only find my own guitar on there... there must be others out there, but how many?

Is it definitely a PR100 or is it a different model?

How rare is it?

Any idea of whether my estimate of 2001 as a date of manufacture is correct?

I've never seen another in this colour - is it an uncommon colour?

How high-up the food chain was this model? I can tell it was a high-end one, but was it top spec or were there even better ones?

Thanks - hope some of you can help!
Top

Glad you made it here

I'm not sure about what model of guitar it is, but I don't think it's a PAF Pro in the neck because it has allen bolts for polepieces like the super distortion.
Top
Post Reply
2 posts • Page 1 of 1